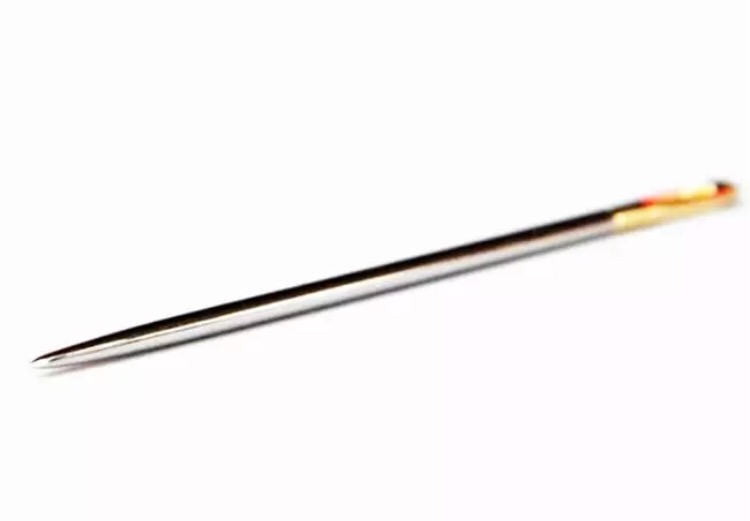 Sewing needles have been used for centuries in these hills. They have been made from wood and bone, steel and nickel. They fasten, patch, and bring together. From sewing hides and shoes to patching clothes and quilting.

They repair beloved teddy bears and worn worked sachet bags alike. While used often as a tool not only for everyday things but also magic, they were often employed as roots themselves or ingredients; and they were almost always specified to be gold eyed. While they’re supposed to make sewing easier, I see no difference. Some sources stated it is for those with steel or nickel allergies, but that still doesn’t hold here as only the eye is coated with these.

Most of you may remember your grandmother having these. I never saw her use them. Ever. I figure they were for exactly this purpose, to work roots.

Needles are widely known for focusing the mind, not just because you may stick yourself, but also the point acts much the same way as depth does in art: it leads you down, from a seemingly closer point to a farther point. While needles don’t span a large distance of looked at an angle, their form plays the mind the same way.

When sewing or stictching quilts, I always like to charm the things I create. So I’ll run the needle over my tongue, after it has spoken the needed prayer. I’ll run the twine through the eye, “Listen here.” I knot the end of the twine, “Let me tell ya.” I begin sewing, putting the needle into the cloth while stating my need, petition ,or prayer. I’ll bring it back up, “by the Most High.” Over and over, each stitch weaving into a multitude of prayers and whispers, of muttered words. Sometimes I repeat continuously verbatim what I started with, while other times I will speak from the heart freely, unbound by the first wrought prayers. The same I apply to crocheting. Although I mostly make granny squares for clients as they are easier to carry and more convenient, I have been trying my hand at blankets and plan on quilting some time.

Below are a few traditional Appalachian uses for needles; most often the golden eyed needles are employed.

This is but the tip of the iceberg of research I have found regarding needles in folk magic. When using needles please assume responsibility for their location and their disposal. Always bury them deep enough so they don’t rise, never dispose of them loosely, especially where children, dogs and other animals roam. Use your common sense and keep others’ safety in mind.

I may return later on and update the list above but for now I feel it is fine enough. Thank you for reading. Feel free to ask questions or request a topic in the comments! Don’t forget to follow the blog below.

Jake (Dr. Henny) follows family practice as a Yarb Doctor and Conjure man in the Appalachian Folk Magic tradition. He follows the legacy of his mother (a seventh daughter), that left behind by his grandfather, a baptist preacher who was a blood stopper, wort doctor, and thrush doctor; his grandmother, who was a knowledgeable woman in these works before Alzheimer’s set in; his great, great grandfather who witched for water in Washington County and his great grandmother who taught and worked from her roost at the foot of Devil’s Nest Mountain. Jake is the author of Backwoods Witchcraft: Conjure & Folk Magic from Appalachia, available for preorder on Amazon, Barnes & Noble, and Indiebound. When he's not writing, blogging, reading the bones or trying for clients: he is either traveling, gardening, sewing, book binding, reading, or sculpting. For questions, readings, recommendations for future posts, interviews and the like, you are welcome to email him below: Littlechicagoconjure@yahoo.com View all posts by Jake Richards

2 thoughts on “Needle Magic in Appalachia”